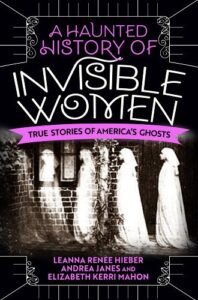 A HAUNTED HISTORY OF INVISIBLE WOMEN

A collection of ghost stories that tackle the tragic history of women who were invisible in mainstream society—widows, spinsters, servants and other working women, A Haunted History of Invisible Women looks at woman-centered ghost narratives in America, examining the female tropes present in contemporary ghostlore, and combining these stories with personal reflections of a life spent in the ghost tour business. Co-authored with Leanna Renee Hieber. PREORDERS ARE AVAILABLE FROM THESE RETAILERS NOW! 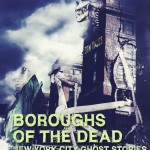 “Like the best of the pulps, the narratives are creepy, darkly comical and elegantly composed, with lovingly detailed descriptions of place and an ample whiff of lurid decay.” – FANGORIA

Imbued with the chilling undertone that inhabits all of New York’s five boroughs, BOROUGHS OF THE DEAD is an entertaining, varied and infectious take on things that go bump in the New York City nights. A collection of ten stories that range from the waning days of the 18th Century to the present time, this macabre collection mixes in a bit of historical fact, a hearty measure of local color and plenty of honest-to-goodness creepiness. Stories include:

*”Newtown Creek”, a budding teen-aged comic book writer’s nightmares have lethal consequences.
*”The General Slocum”, a supernatural explanation of what really happened in 1904 when an excursion boat caught fire and sank in the East River, killing over 1,000 passengers.
*”The End”, an author’s surefire method for insuring a permanent place on the bestseller list. 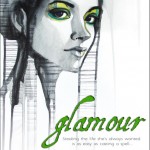 This young adult urban fantasy is full of snark, wit, and of course, witches! GLAMOUR tells the tale of a teenage townie living on Cape Cod who suddenly discovers she’s a powerful hereditary witch. When her powers misfire, she suddenly finds herself living a life that’s completely beyond her control… but so much more interesting than the life she left behind….

How Eliza Became A Ghost (The Morris-Jumel Anthology of Fantasy and Paranormal Fiction, 2016)

The Last Wagon in the Train (Black Book of Horror, Vol. 13) (Honorable Mention, Best Horror of the Year, Vol. 6)

We’ll All Be In The Arms of Our True Loves Before Long (Bards and Sages Quarterly, 2011; as A.J. Sweeney) (Print only)

Fun With Misery (The Nervous Breakdown)

The Varieties of Cinematic Experience: On Double Features (The Believer)